On September 19, Rev Mark Jasa presented a seminar on evangelism at St John Lutheran Church (Springfield, PA). Over years of campus and parish ministry, Rev Jasa has developed a low-key approach to evangelism.

He suggested topics for effective evangelism:

- death and guilt are universal problems
- there are two kinds of religions, “not free” and “free”
- the Gospel of Christ is simple—“The next day [John the Baptist] saw Jesus coming toward him, and said, ‘Behold, the Lamb of God, who takes away the sin of the world!’” (John 1:29)

By simply putting out a box with the statement, “Religion is for the weak,” Rev Jasa has spent thousands of hours engaging people in discussions about the Christian faith. He uses the hymn “Jesus Loves Me,” which many people learned as children, to show the simplicity of the Gospel. We are weak and sinful and need the forgiveness of Christ. 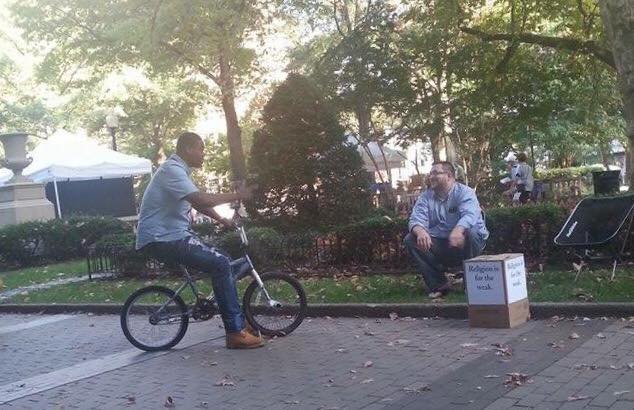 Rev Kieselowsky talks to a Muslim man in a Center City park.

Following the seminar, a group traveled down into Center City to practice what they had learned. Many people stopped to discuss the “Religion is for the weak” box.

PLM strategically invited Rev Jasa at the time it launched Logos Lutheran. As PLM cultivates this new congregation, we will use tools presented in the seminar to engage people in the city. 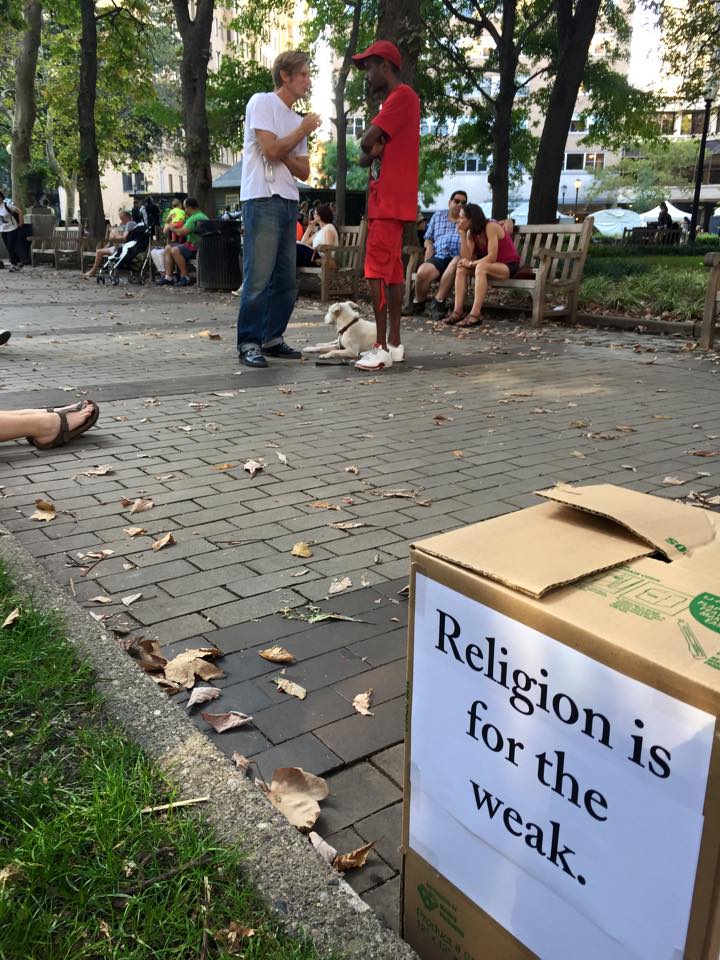 Rev Jasa discusses the statement on the box with a man in Center City.